So every blog/company is jumping on the Pokemon bandwagon to “unveil Pokemon nests around Singapore”. Here’s one more, but backed with data.

I’ll be revealing what data has revealed about the pattern of Pokemon spawns in Singapore in this post. In another post, I will discuss about the data collection, dataset and techniques used. I’ll try to leave technical findings and discussions to the other post and leave the juicy ‘actionable’ findings here.

For each Pokemon, I’ll be performing a clustering algorithm on it. On top of the clusters, you will be able to see the number of spawns in that cluster (color of circle) and the spread of pokemon spawns (size of circle). A small red circle show the gold pot. 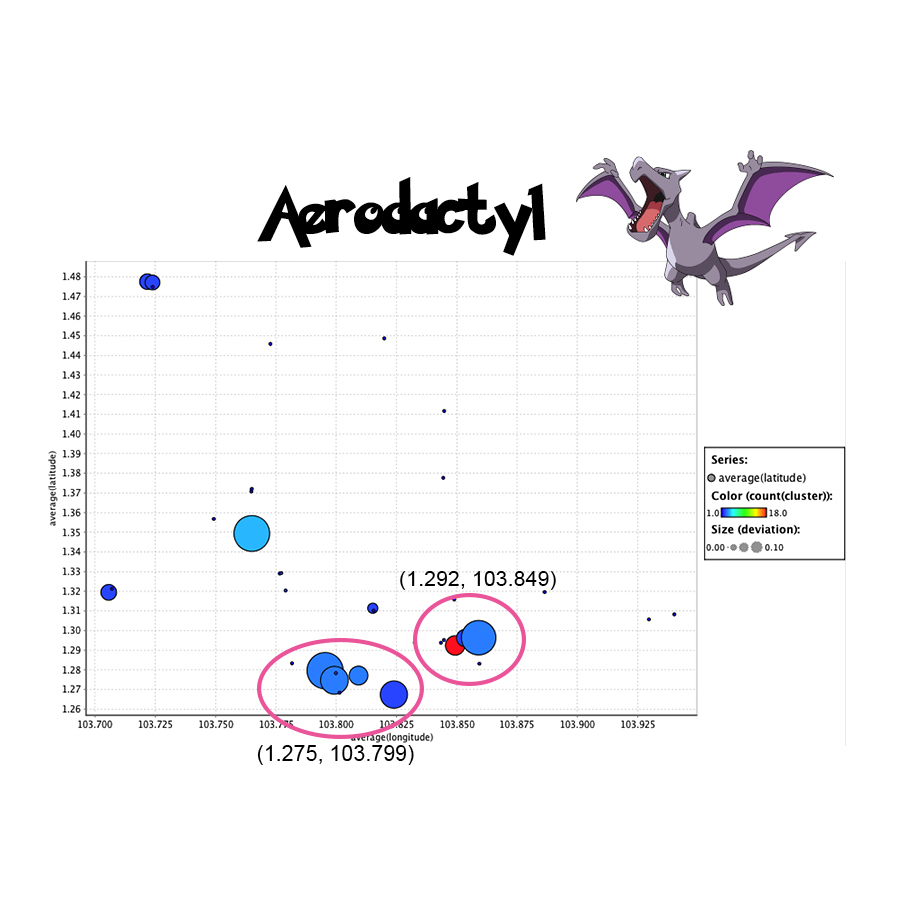 Out of 700k data points, only 47 is Aerodactyl. You have better chance at winning 4D than walking into an Aerodactyl. However, it seemed like the spawn location for Aerodactyl is pretty predictable.

Other Notable Locations (probability of spawns here are very low): 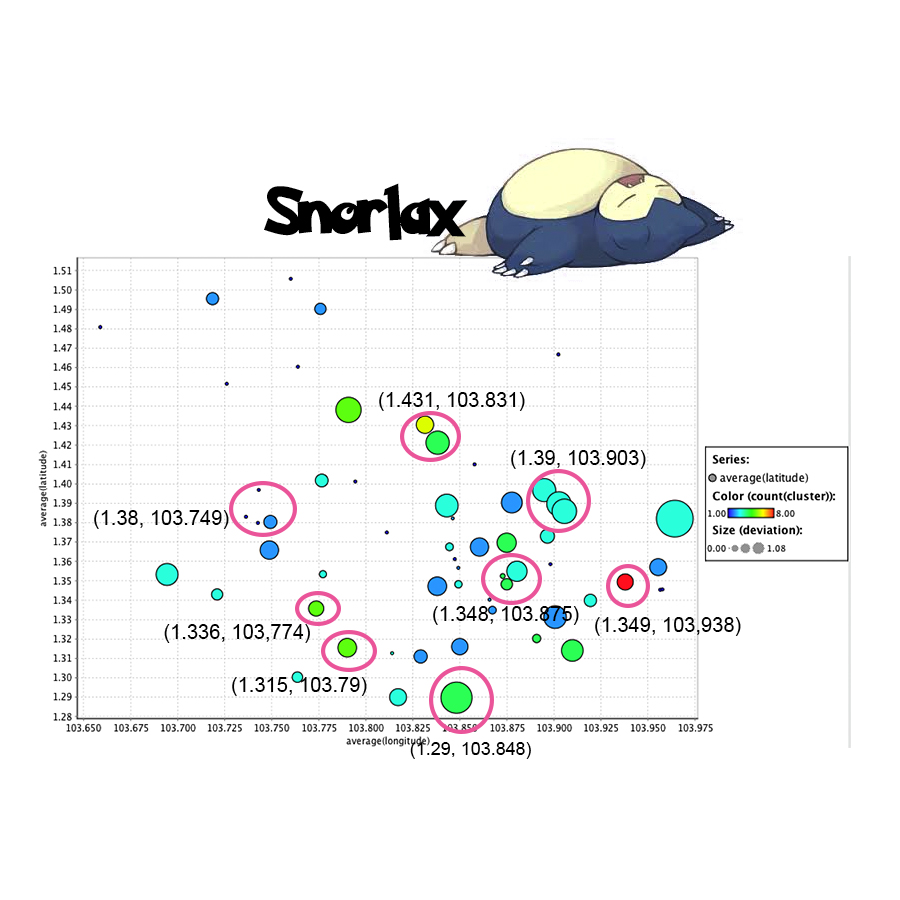 Having caught 4 Snorlax around my area in Jurong, I thought my area will be a hot spot, but nope. There seemed to be an even spread of Snorlax around Singapore.

*Coordinates on the google map are updated locations 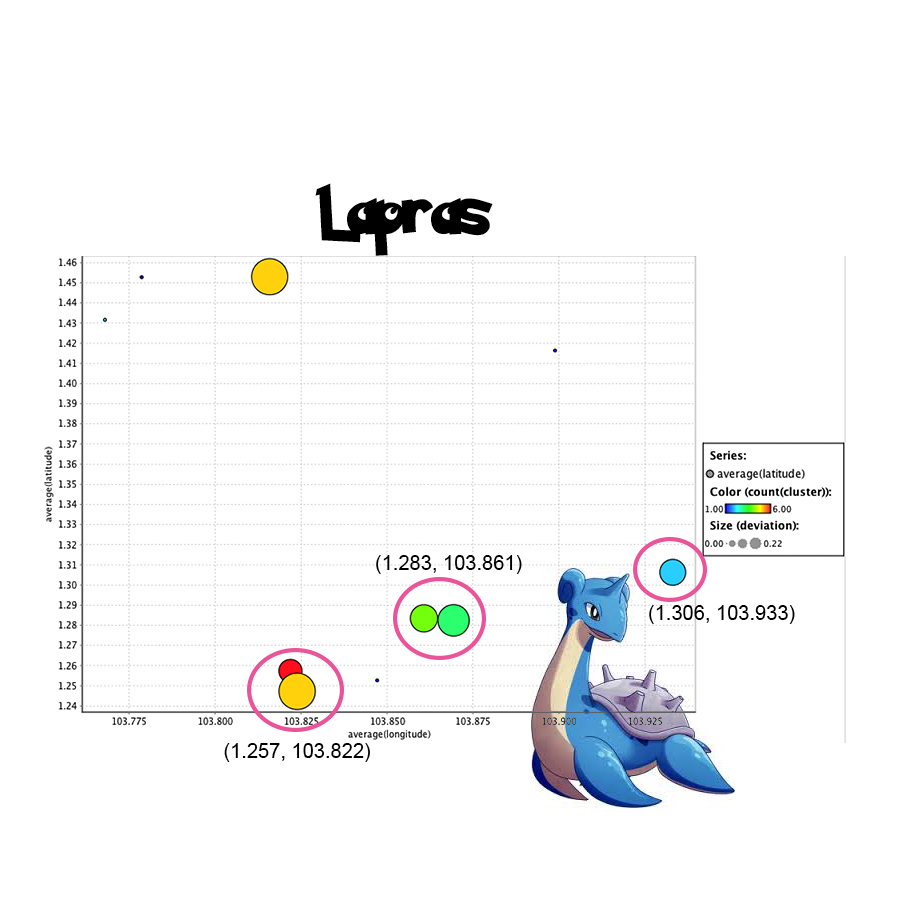 Out of the two Lapras I own, none of them were caught in the wild. Looking at the numbers you might know why. It’s one helluva exclusive creature.

If you’re thinking about catching a Lapras at the long kang below your house, continue dreaming. 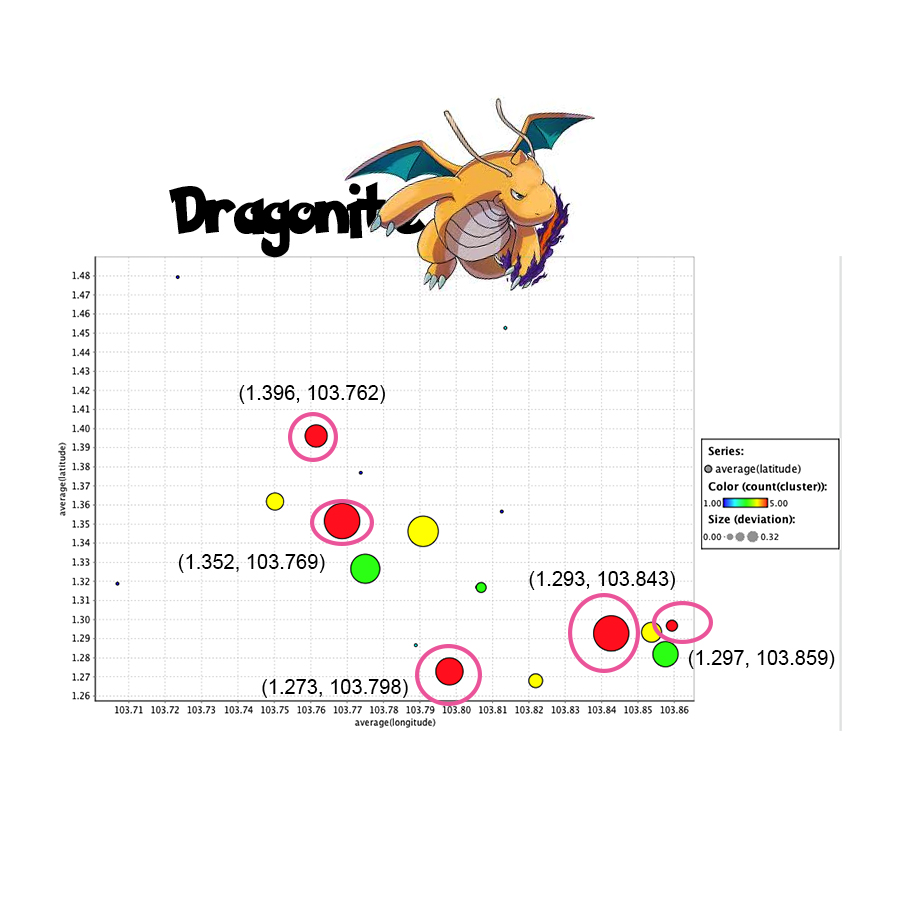 Between breeding my own Dragonite and catching a wild one, I prefer the prior. A wild Dragonite may not have the best IV values and is also extremely rare. However, for those who wants a wild Dragonite, here you go! 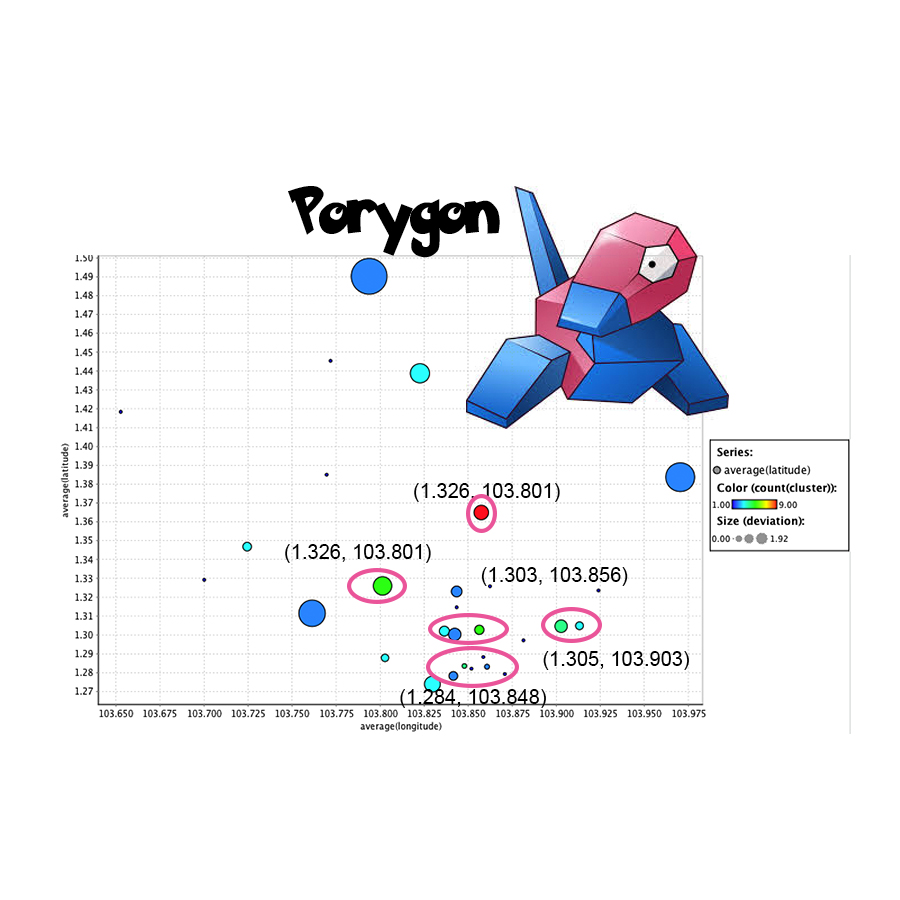 Have you met anyone with a Porygon? Nope? That’s because it is very rare as well. However, because it is not a battling Pokemon, no one talks about it. Have you thought about how it feels? No. 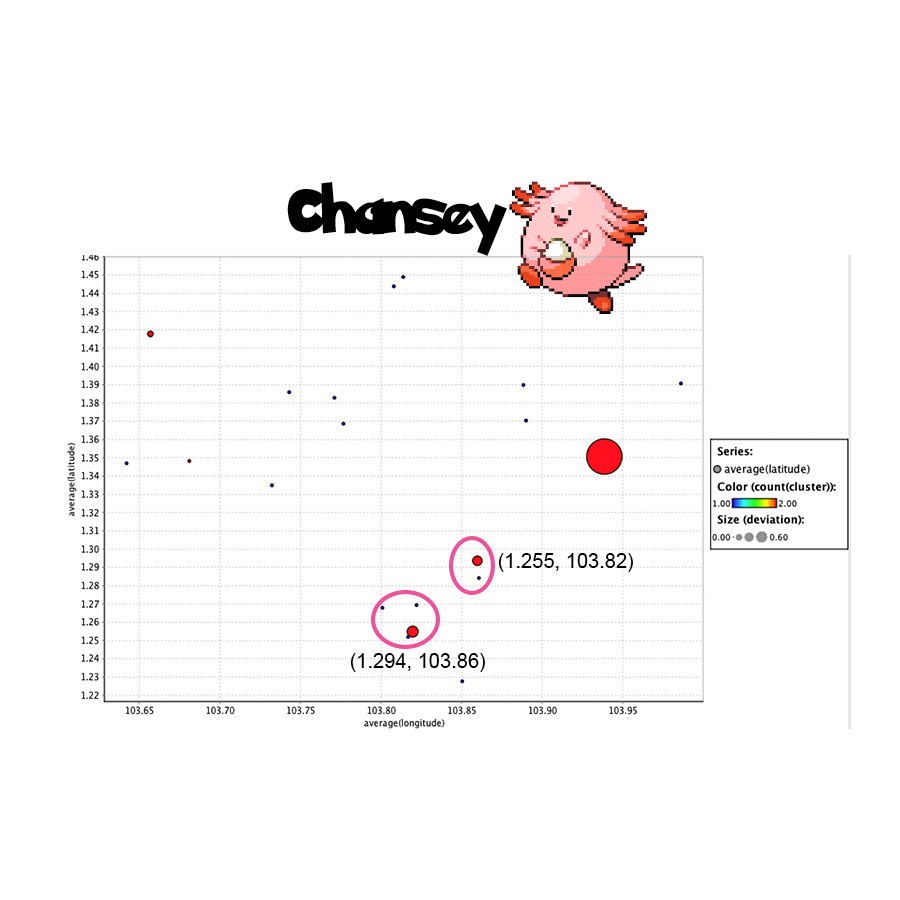 Have you seen a Chansey? Me neither.

Contrary to popular beliefs, Chansey does not appear near hospital. Now stop bothering the sick people there, unless you are there to drop a lure.

From the data, it seemed like there are no fixed spawn points for Chansey. There are two points of interest that may potentially be spawn points, but the results are very inconclusive.

While these findings are backed by data, using past data to extrapolate future spawn location may not be the best idea. As a result, I do not recommend going to mentioned place just because it was marked as a potential spot. Well, unless its a Aerodactyl or a Lapras…

I’ll be working on nests of more common Pokemon like Pikachu, Growlithe, etc on a future post. Let me know if you have particular interests in any Pokemon.